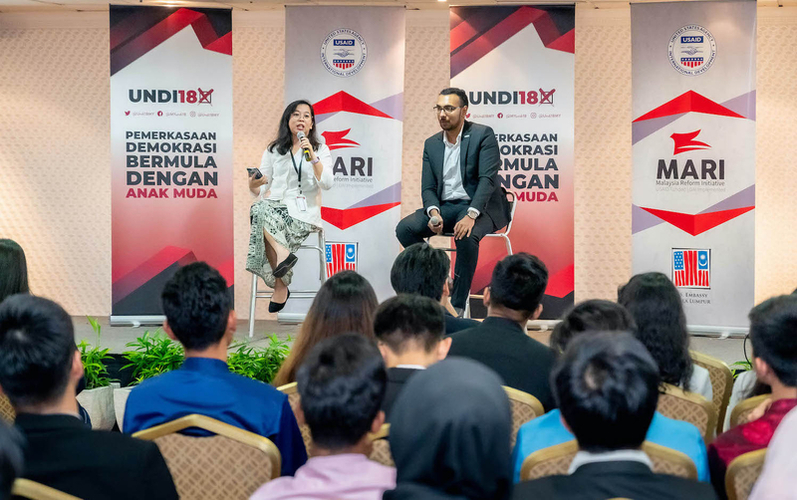 Undi18 is a Malaysian youth movement that successfully advocated for the amendment of Article 119(1) of the Federal Constitution to reduce the minimum voting age in Malaysia from 21 to 18 years old. We started off as a student movement in 2016, under the umbrella of the Malaysian Students’ Global Alliance. This gave us access to numerous Malaysian student/youth organizations across the world and throughout Malaysia. We officially launched with a memorandum to Datuk Seri Najib Tun Razak in April 2017.

Throughout the years, we have organized numerous town halls, forums and public engagements to raise awareness on youth democratic representation and lowering the voting age. We have also engaged with politicians from multiple sides of the political divide, where we presented our case for the lowering of the voting age in Malaysia. We believe that youth empowerment transcends political lines.

Undi18 (Persatuan Pengundi Muda) is a registered National Organization under the Malaysian Registry of Societies with a registration number of PPM-008-14-27092018. We are a social enterprise focusing on voter education and youth public policy engagement.

Campaigns by this NGO