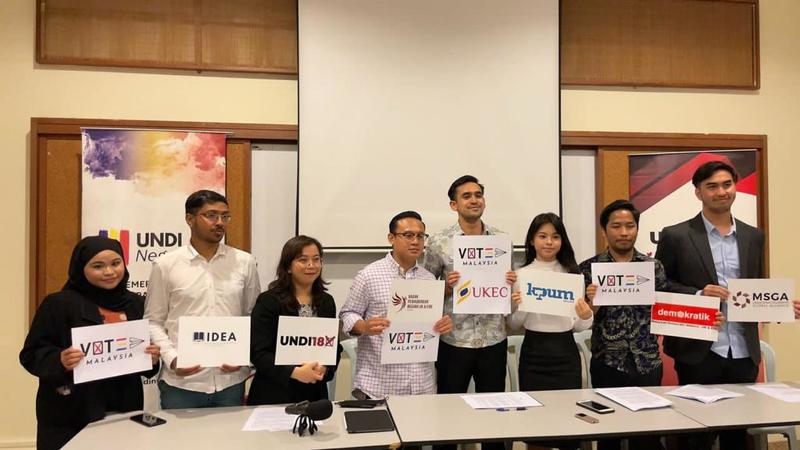 (100% of donation to this campaign, except banking fees, is going towards the cause. We have waived the platform fee for this campaign)

VoteMalaysia is an non-partisan coalition of Malaysian youth groups from all over the globe in collaboration with UNDI18. After witnessing the failings of the existing postal voting system, especially during the 2022 Johor State Election, the VoteMalaysia initiative was established in order to coordinate postal voting on a global scale for the upcoming 15th General Election as well as to voice out the concerns of all Malaysians overseas to the Election Commisison. We aim to collect 50,000 postal ballots from all over the world and aim to raise RM500,000 to cover the costs of operations and logistics throughout the period of GE15.

*VoteMalaysia is a coalition of the following youth organisations:*

VoteMalaysia aims to facilitate the process of sending postal ballots from overseas to the respective counting stations in Malaysia with the help of students, volunteers, and overseas Malaysians.

Thank you so much for all your efforts!!!

Thank you for your assistance

Thank you for bringing back the votes! You rock!

About the Organization/Project behind this Campaign

Undi18 is a Malaysian youth movement that successfully advocated for the amendment of Article 119(1) of the Federal Constitution to reduce the minimum voting age in Malaysia from 21 to 18 years old. We started off as a student movement in 2016, under the umbrella of the Malaysian Students’ Global Alliance. This gave us access to numerous Malaysian student/youth organizations across the world and throughout Malaysia. We officially launched with a memorandum to Datuk Seri Najib Tun Razak in April 2017.

Throughout the years, we have organized numerous town halls, forums and public engagements to raise awareness on youth democratic representation and lowering the voting age. We have also engaged with politicians from multiple sides of the political divide, where we presented our case for the lowering of the voting age in Malaysia. We believe that youth empowerment transcends political lines.

Undi18 (Persatuan Pengundi Muda) is a registered National Organization under the Malaysian Registry of Societies with a registration number of PPM-008-14-27092018. We are a social enterprise focusing on voter education and youth public policy engagement.